Your Good Friend During Flu Season 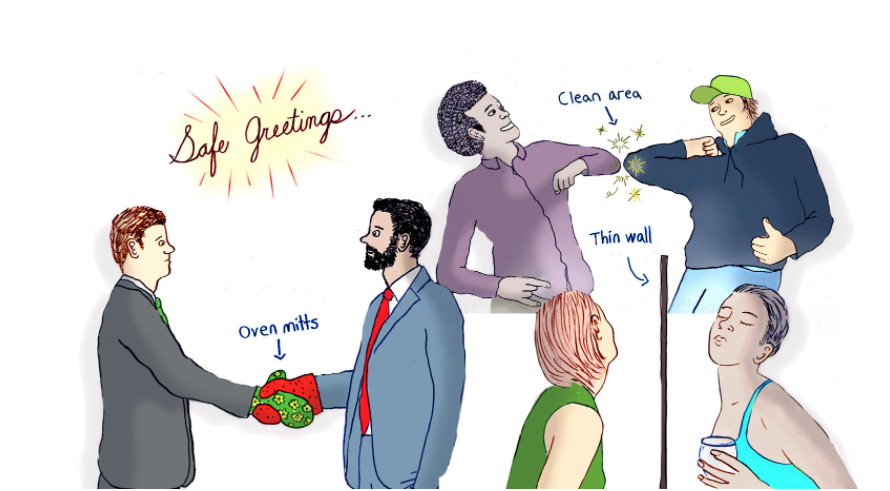 Lately I’ve been thinking a lot about the Liberian elbow bump.

When Ebola overtook the West African country in 2014, many people were afraid to shake hands and embrace in the customary way. That’s understandable, because Ebola is spread by the exchange of bodily fluids during body-to-body contact.

So Liberians came up with a less touchy-feely greeting. They bumped elbows.

The reason I thought of the elbow bump was a comment made by a teacher in a hot yoga class I take. In a room heated to 96 degrees, the students work hard at their poses (and also lift weights and do cardio). (I know, it’s wild!) After a strenuous set of exercises, the teacher called out, “High five your neighbor.”

So I spoke to a couple of experts. And I learned a few things about the way we get infected with colds and viruses. And about the advisability of high-fiving. To read more from MARC SILVER, click here.