Why You Should Take Time to Mourn During Career Transitions 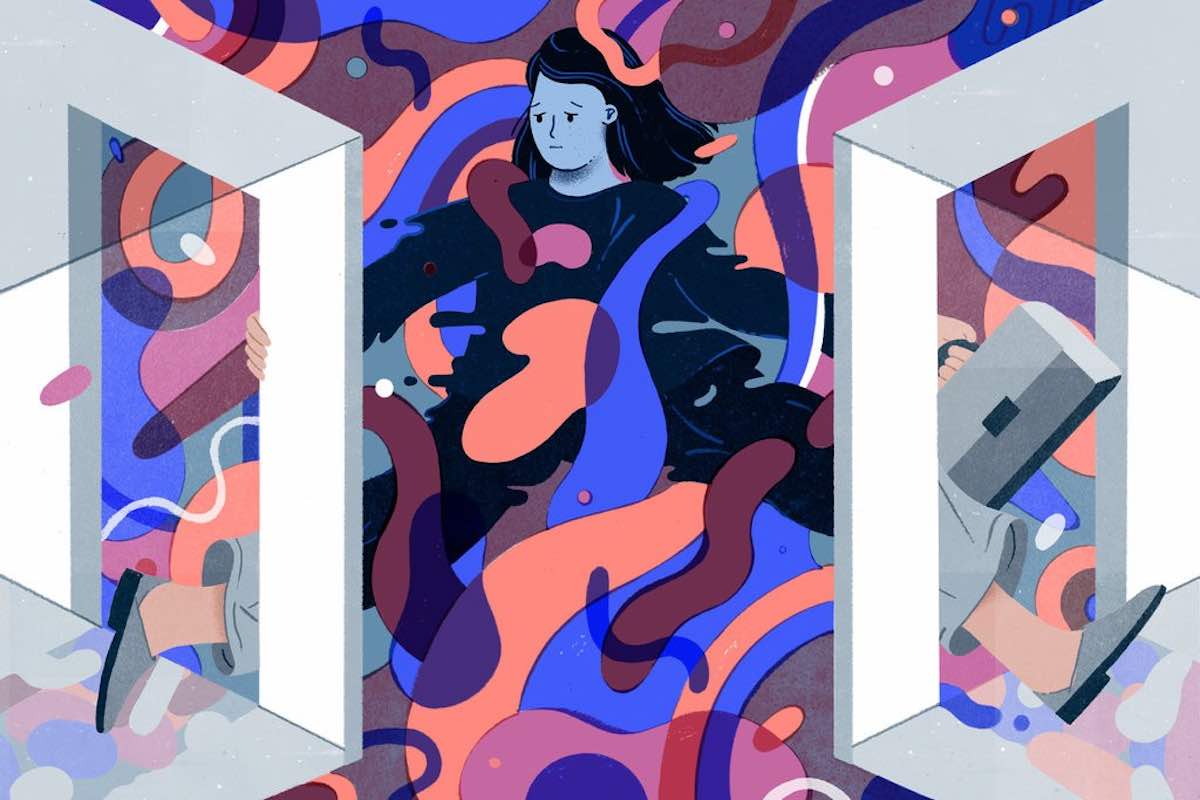 Grief is common when you leave a job you love.

On my last day in the newsroom at a North Carolina alt-weekly, I found myself choking back tears. For the first time in almost a decade, my desk was completely clean. All of my old reporter notebooks, past newspaper editions and sticky notes with scribbled writing on them were in the trash.

At the time, I didn’t think I’d be sad to leave — I chose to quit, after all. But, to my surprise, I did feel as if I’d lost something important, and I felt that way for months, mostly because I never stopped to consider why.

But feelings of grief are common when you leave a workplace you love, said Kim Scott, author of “Radical Candor.”

“Even if you’re moving on to something that you really want to do and it’s the right decision, change is really hard,” Ms. Scott said.

She said it’s important to take time, both before you leave a job and after you’ve started a new one, to process these transitions. Dealing with bouts of grief instead of ignoring them can help you better navigate the complex emotions of leaving a job you love and starting fresh somewhere new.
Why do we feel sad when we move on from a job?

For many Americans, identity is tied to work. According to a 2014 Gallup poll, more than half of workers in the United States define themselves based on their job, and have been doing so consistently since 1989.

But it’s important to figure out whether you identify with your professional occupation or with the organization you work at.

“If you’re a technology person and you leave Google, you’re still a technology person,” said Amy Wrzesniewski, a professor at the Yale School of Management. But if you identify much more with being an employee of Google, she said, “you’re in a different boat than someone who sees themselves as a programmer who creates things and could do that anywhere.”

In either case, what informs that connection to work is the human need for a sense of belonging, said Beth Humberd, an assistant professor of management at UMass Lowell.

“We want to be a part of something, and we want to be seen as needed in an area,” she said.

Compounding those feelings is the sheer amount of time we spend at our jobs. In 2015, Americans worked an average of 46.8 weeks per year, compared with 43 weeks in 1980, according to an analysis of Labor Department data from the Pew Research Center. (Not to mention the time we spend on ambient work, like dashing off a quick email from your smartphone at 9 p.m.)

There’s also the realization of who we’re leaving behind. Colleagues can serve as “pseudo-family,” said Dr. Lisa Orbé-Austin, a psychologist in New York, and you might not recognize that until after you’ve moved on.

“While we work, our lives happen — births, deaths, breakups — and our colleagues are often there to mourn with us and to celebrate the new transitions in our personal lives,” Dr. Orbé-Austin said. “We share our lives in the workplace often in very intimate ways. All of these things provide deepening connections, support, and built-in social opportunities that we sometimes take for granted.”
So, how can I prepare myself?

“Part of it is just not getting caught off-guard by the fact that it’s normal to have those feelings,” said Ms. Scott, who used to work at Google in sales and operations. On her last day at the company, Ms. Scott said she started “sobbing” when a member of human resources came to take her identification badge.

Molly Barker, the founder of the nonprofit Girls on the Run in Charlotte, N.C., said she was “very intentional” about preparing for her departure as she retired in 2013 after 17 years at the organization. It took her about three years to figure out how to exit in a positive way, and she talked through everything with a small group of people she trusted.

Another concrete step to take when leaving, Dr. Orbé-Austin said, is to have a succession plan. This can mean creating a list of all your responsibilities, or a putting together a list of important contacts, or something else altogether. This can help your successor, but it’s also a way for you to reflect on everything you’ve done at that job.

That’s totally normal, and everyone processes career transitions differently. Some people might not be fazed when they leave behind a role they considered profound. Others might feel sadness or a sense of loss they don’t understand. Anger, frustration and anxiety can also crop up from time to time. Further still, you might feel a confusing mix of all of those emotions — or none of them at all.

Shana Wilson Anderson, 42, is a senior manager of training and delivery at Capital One, but in March, she said goodbye to the company she spent 18 years at. She started at T-Mobile in Georgia as a customer service representative and made her way up to senior manager of operations.

Ms. Anderson said she still hasn’t gotten over the grief of leaving, adding that on her last day, there wasn’t “a dry eye” in the call center. “I am an organized person, a planner, a strategic thinker,” she said. “What I did not plan for was how I would really feel when I left the company.”

This is what grief looks like, Dr. Orbé-Austin said, and it’s O.K. to allow yourself to feel it. But if you’re having trouble letting go, it can be helpful to identify exactly what you miss about the old workplace so you can address that loss head-on.

“If it’s the relationships, you can plan regular happy hours so that you can stay in touch,” Dr. Orbé-Austin said. “If it’s identity loss, then you can work on formulating a new sense of identity that helps repair the loss and connecting more thoughtfully to your new work identity or your new workplace.”

Work is more than simply what we do, she added.

“It’s really important to value the complexity of what goes on at work. It isn’t this experience where you just execute tasks,” Dr. Orbé-Austin said. “There are really complex, dynamic growth experiences that are occurring, and when you experience loss, you’re acknowledging the full breadth of all you experienced at that workplace.”