What Does FOMO Mean and How Do I Deal With It? 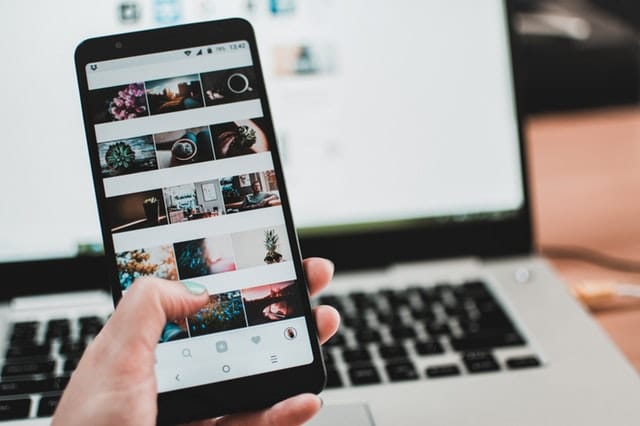 FOMO, or “fear of missing out,” is a real phenomenon that is becoming increasingly common and can cause significant stress in your life. It can affect just about anyone, but some people are at greater risk. Here is what you should know about the history of FOMO, what research says, how to recognize it in your life, and how to manage FOMO to avoid negatively affecting your happiness.

The fear of missing out refers to the feeling or perception that others are having more fun, living better lives, or experiencing better things than you are. It involves a deep sense of envy and affects self-esteem. It is often exacerbated by social media sites like Instagram and Facebook.

FOMO is not just the sense that there might be better things that you could be doing at this moment, but it is the feeling that you are missing out on something fundamentally important that others are experiencing right now.

It can apply to anything from a party on a Friday night to a promotion at work, but it always involves a sense of helplessness that you are missing out on something big.

The fear of missing out has been described by researchers as “the uneasy and sometimes all-consuming feeling that you’re missing out—that your peers are doing, in the know about, or in possession of more or something better than you.”

And while it has presumably been around for centuries (you can see evidence of FOMO in ancient texts), it has only been scientifically studied during the past few decades, beginning with a 1996 research study by marketing strategist, Dr. Dan Herman. Since the advent of social media, however, FOMO has become more obvious and has been studied more often.

Social media has accelerated the FOMO phenomenon in several ways. It provides a situation in which you are comparing your regular life to the highlights of others’ lives. Therefore, your sense of “normal” becomes skewed and you seem to be doing worse than your peers. You might see detailed photos showing that your friends enjoyed fun times without you, which is something that people may not have been so readily aware of in past generations.

Social media creates a platform for bragging; it is where things, events, and even happiness itself seems to be in competition at times. People are comparing their best, picture-perfect experiences, which may lead you to wonder what you are lacking.

As more research on FOMO is conducted and becomes available, we are getting a clearer picture of what it entails and how it affects us. The picture is not pretty, as there are many negative effects of FOMO, and it is more common than you might expect. Consider the following:

Social networking sites are both a cause and effect of FOMO.

FOMO associated with social media usage transcends age and gender. FOMO can be experienced by people of all ages, several studies have found. One study in the Psychiatry Research journal found that the fear of missing out was linked to a greater smartphone and social media usage and that this link was not associated with age or gender. The research also found that both social media use and “problematic” smartphone usage was linked with a greater experience of FOMO. Smartphone usage was related to fears of negative and even positive evaluations by others as well as linked to negative effects on mood.

FOMO is linked to lower life satisfaction. Another article published in Computers and Human Behavior found several trends associated with FOMO. Fear of missing out was found to be associated with a lower sense of having one’s needs met as well as a lower feeling of life satisfaction in general. FOMO was heavily linked to higher engagement in social media, as other studies have suggested—it appears that FOMO is linked to both feeling a need to engage in social media and to increase that engagement. This means that FOMO and social media habits may contribute to a negative, self-perpetuating cycle.

Fear of missing out can be dangerous. Aside from increased feelings of unhappiness, fear of missing out can lead to greater involvement in unhealthy behaviors. For example, the same study in Computers and Human Behavior found that FOMO was linked to distracted driving, which in some cases can be deadly.

Fortunately, steps can be taken to curb your FOMO if it is something you experience.

Research shows that a fear of missing out can stem from unhappiness and dissatisfaction with life and that these feelings can propel us into greater social media usage.

In turn, greater engagement with social media can make us feel worse about ourselves and our lives, not better. In this way, it helps to know that our attempts to alleviate feelings of FOMO can actually lead to behaviors that exacerbate it. ​ Understanding where the problem lies, however, can be a great first step in overcoming it. The following can help:

Change your focus. Rather than focusing on what you lack, try noticing what you have. This is easier said than done on social media, where we may be bombarded with images of things we do not have, but it can be done. Add more positive people to your feed; hide people who tend to brag too much or who are not supportive of you. You can change your feed to show you less of what triggers your FOMO and more of what makes you feel good about yourself. Work on identifying what may be sapping your joy online. Work to minimize these as you add more to your feed (and life) that makes you happy.

Keep a journal. It is common to post on social media to keep a record of the fun things you do. However, you may find yourself noticing a little too much whether people are validating your experiences online. If this is the case, you may want to take some of your photos and memories offline and keep a personal journal of your best memories, either online or on paper. This can help you to shift your focus from public approval to private appreciation of the things that make your life great. This shift can sometimes help you to get out of the cycle of social media and FOMO.

Seek out real connections. You may find yourself seeking greater connection when you are feeling depressed or anxious, and this is healthy. Feelings of loneliness or exclusion are actually our brain’s way of telling us that we need to seek out greater connections with others and increase our sense of belonging. Unfortunately, social media engagement is not always the way to accomplish this—you might be running from one bad situation right into an even worse one.

Rather than trying to connect more with people on social media, why not arrange to meet up with someone in person? Making plans with a good friend, creating a group outing, or doing anything social that gets you out with friends can be a nice change of pace, and it can help you to shake that feeling that you are missing out. It puts you in the center of the action. If you do not have time to make plans, even a direct message on social media to a friend can foster greater and more intimate connection than posting to all of your friends and hoping for “likes.”

Focus on gratitude. Studies show that engaging in gratitude-enhancing activities like gratitude journaling or simply telling others what you appreciate about them can lift your spirits as well as those of everyone around you. This is partially because it is harder to feel as if you lack the things you need in life when you are focused on the abundance you already have. It also holds true because making others feel good makes us feel good.

This lift in mood may be just what you need to relieve yourself of feeling depressed or anxious. You likely will not feel as tempted to go down the rabbit hole of social networking and FOMO when you realize how much you already have. You will begin to feel that you have what you need in life and so do other people. This can be wonderful for your mental and emotional health.

By Elizabeth Scott, MS, Reviewed by a board-certified physician