What An Insect Can Teach Us About Adapting To Stress 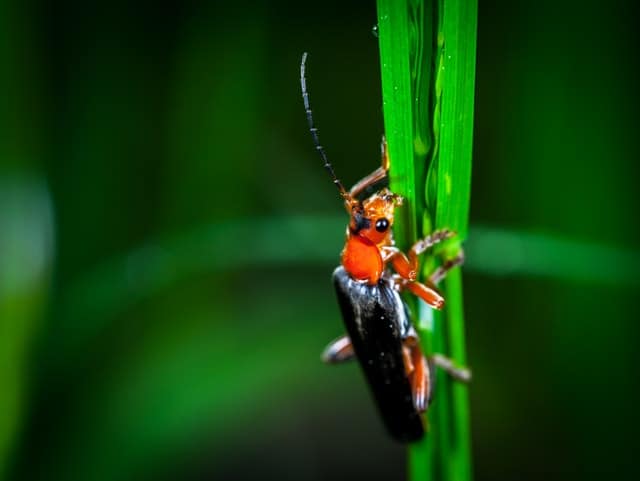 What if we told you that you could learn a lot about handling adversity from the life of a bug? In their explorations of humans and how we interact with the world around us, the team that makes NPR’s Invisibilia stumbled on a surprising fact about the insect world — one that could inspire a new way of looking at ourselves.

The epic destruction wrought by swarms of locusts is downright biblical. Exodus tells of a plague that left nothing green in all of Egypt, and we’ve seen these harbingers of destruction at work in modern day Australia, Argentina and Israel, just to name a few. But for centuries, one essential piece of information about these strange insects eluded scientists: Where do they come from?

These massive swarms just seemed to pop up out of nowhere, decimate everything and then vanish.

And then finally, in 1921, a scientist named Sir Boris Uvarov made a breakthrough about the source of the swarms. It turned out the horrible locusts were actually common grasshoppers that had undergone a biological metamorphosis.

At first, scientists were skeptical because grasshoppers are known for being shy, solitary creatures. If they see another grasshopper for instance, “They actually run away from them,” says scientist Michael Anstey.

But under stressful conditions, such as a drought for instance, the grasshoppers all have to crowd together to share the limited resources. As they’re trying to grab for the last bits of food, their big hind legs rub up against each other and it’s basically tickle torture. The rubbing together fuels the release of serotonin in their nervous system, which sets several things in motion.

“There’s little stimuli, little hairs, on the hind legs which get triggered and that then starts this domino cascade of the behavioral change from the solitary [grasshopper] into the notorious swarming form,” says Anstey, who published research on desert locusts, one species that goes through these changes.

Their wings grow bigger and they start flying around like crazy, they turn from green to black and yellow. They get aggressive and fearless, and incredibly social. In fact, according to Anstey, they are actively attracted to other locusts. And that’s how the swarms build.

But why did it literally take centuries to figure out that these two creatures were actually the same creature? And why, even after the theory was proposed, did scientists resist it? Why was that such a hard idea to swallow?

Maybe it’s because we can’t see that in ourselves. Lisa Feldman Barrett, a psychology professor from Northeastern University, says people can be “experientially blind” when faced with a new image of themselves. They just can’t take it in.

She says we often have such a rigid sense of self that when we’re presented with new concepts about ourselves — like, you think of yourself as a generous person and then someone tells you they actually think you’re kind of selfish — and our reaction is usually to reject it.

“People will defend themselves or dig their heels in, keep their concepts intact. Or they’ll ignore,” she says.

We like to think that we know who we are, and that we are one thing — one unified true self. But according to Barrett, social psychology research has shown that it’s not like that.

“Who you are in a given moment is very much determined by the situation that you’re in,” Barrett says.

So when you’re trying to handle some frank criticism or you’re struggling with something hard — or just really want to make a change in your life — Barrett says, you might want to embrace a more flexible self image.

“If you see yourself in a certain way and that way is inflexible, then you will go to great lengths to make sure that you and everybody else sees you in that way,” she says. “And in the end, you’ll be stressed more frequently, you will work harder to try to please people … to keep that view of yourself intact.”

If you are struggling in one role in life, your professional life for instance, you don’t pin your whole identity, your whole sense of self, on that role, she says. Instead, it helps to have “multiple views of yourself,” Barrett says.

Realizing that you have “a vocabulary of selves” you can become, Barrett says, can be empowering. “It doesn’t allow other people to define who you are. You get to be the author of who you are. Your brain is the one that’s making the choices.”

According to Barrett, “You aren’t who you are all the time. You are who you are in a given situation.” You might be a locust in one setting, and a grasshopper in another.

The locusts, by the way, have embraced the idea. As soon as the drought is over, they go back to their own corners as their shy, solitary, bright green selves.