Strategize To Catch Up On Lost Sleep 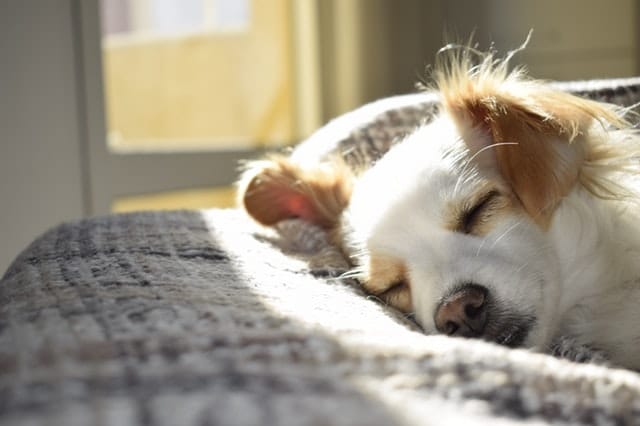 There are lots of reasons why many of us don’t get the recommended seven hours or more of sleep each night. Travel schedules, work deadlines, TV bingeing and — a big one — having young children all take a toll.

Research published recently in the journal Sleep finds that up to six years after the birth of a child, many mothers and fathers still don’t sleep as much as they did before their child was born. For parents, there’s just less time in the day to devote to yourself.

So, can you catch up on sleep? That partly depends on how much sleep you’ve missed.

A study in the current issue of Current Biology points to just how quickly the adverse effects of sleep deprivation can kick in. Researchers at the University of Colorado Boulder recruited a bunch of young, healthy adults who agreed to a stay in a sleep lab. Some were allowed to sleep no more than five hours per night for five consecutive days.

“After five days, people [gained] as much as 5 pounds,” says study author Christopher Depner, who studies the links between sleep loss and metabolic diseases. Lack of sleep can throw off the hormones that regulate appetite, he explains, so people tend to eat more.

Depner and his colleagues also documented a decrease in insulin sensitivity among the sleep-deprived participants. “In some people, it decreased to a level where they’d be considered pre-diabetic,” he says. Presumably, that rise in blood sugar would be only temporary in these young, healthy people. But it’s a striking indicator of how much a lack of sleep can influence metabolism.

And, even after a weekend of catch-up sleep, the participants still gained as much weight as those in the study who had not been allowed to get the extra weekend sleep.

So, bottom line: It can be hard for our metabolism to recover from a week of sleep deprivation, and — over time — chronic sleep loss can increase the risk of Type 2 diabetes.

These findings are eye-opening, but they don’t paint the full picture. After all, many of us who lose out on sleep miss only a few hours here or there. Our sleep loss is occasional, not chronic.

Consider this scenario: You have a long day of travel and arrive home late, say, at 2 a.m. And you’ve got to wake up at the crack of dawn for an early meeting the next day. Is that a big deal?

“The short-term effect is that you’re a little more sleepy — your concentration is poor, or [you may lose] words on the tip of your tongue,” says Dr. Chris Winter, a sleep specialist in Charlottesville, Va. But what’s the long-term effect of one night of partial sleep loss?

“I don’t think there really is one,” Winter says.

Winter says our bodies are good at compensating for a poor night’s sleep. “That correction is probably going to happen fairly quickly,” Winter says. “You only got four hours of sleep last night, so you’re probably going to sleep quite well the upcoming night.”

So, while it’s ideal to go to bed and wake up at the same time every day, it’s not always possible to stick to this routine. And, a recent longevity study suggests this is OK. “We’re very adaptable,” Winter says.

Researchers in Sweden looked at how the amount of weekday and weekend sleep was associated with life span. The study included about 44,000 people who were followed for 13 years. The researchers found that people who tended to get less sleep during the week, but who made up for it with extended weekend sleep, did not have an increased risk of premature death. The researchers concluded that “long weekend sleep may compensate for short weekday sleep.” They published their findings in the Journal of Sleep Research.

“If you’re somebody who needs seven hours of sleep a night, then you really need 49 hours a week,” Winter says. In other words, it’s probably OK to vary your sleep a bit over a short time period, as long as it averages out to what you need.

“Yes, I do think you can make up for lost sleep,” Winter says. “I don’t think I’ll ever make up for the sleep I lost in medical school and residency, but I do think in the short term you can.”

Still, there is one potential drawback of sleeping in on the weekend: Too much sleep can throw off your body clock. So, an hour or two of extra sleep is fine, but you don’t want to sleep in so long on a Sunday morning that then it’s hard to fall asleep Sunday night.

Another way to recover: Take a nap.

“A 20-minute nap can make up for one hour of lost sleep,” says Jim Horne, a sleep researcher and professor emeritus of psychophysiology at Loughborough University in the U.K. He published a study in 2011 demonstrating the benefits of a 20-minute nap.

Horne also points to a review study that concluded that daytime naps can help boost performance — everything from improved memory recall to being more alert. But, here’s a tip: Don’t take a nap after 3 p.m., or it’s likely to interfere with your nighttime sleep.

And Horne has another nap strategy for those times when you want to wake up feeling very alert.

“People call it a caff nap,” Horne says. The idea: Lie down to sleep immediately after drinking a cup of coffee.

“That coffee takes 20 minutes to kick in,” Horne explains. That’s just enough time to catch a few Z’s, and it has been shown to be “a very effective combination” for sleepy drivers, he says.