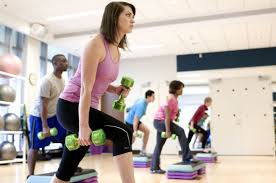 Some people love to exercise. But plenty more do not, and urging them on with information about how healthy exercise can be hasn’t exactly been shown to sway the masses. Only about half of Americans report meeting the government’s exercise recommendations,1 so some scientists are exploring another idea: Let’s make exercise feel better. To do that, they’re looking beyond old advice like “find something you enjoy” and instead focusing on approaches that exploit the way we experience exercise.

Most people feel better after they are done exercising, but that does not seem to matter in terms of their future activity, said Ryan Rhodes, a professor of exercise psychology at the University of Victoria who co-authored a review of how people feel during and after exercise. If you want to make exercise enticing, you have to make it more pleasurable. Research by David M. Williams, a clinical psychologist and professor at Brown University, and his colleagues has shown that how you feel during exercise predicts both current and future physical activity levels.

The good news is that the feel of exercise can be manipulated. Behavioral economist Daniel Kahneman and psychologist Barbara Fredrickson developed the “peak-end rule,” which holds that people judge events not by the overall experience but by some combination of how they feel at the most extreme part and at the end of the event. One example: Kahneman and his colleagues had study subjects immerse their hands in 57-degree water for 60 seconds and, separately, do the same thing with the other hand but tack on an additional 30 seconds while slightly warming the water to a temperature of 59 degrees. Given a choice, the subjects opted to repeat the longer trial. Experiences that end with a bad part are more likely to be recalled as unpleasant than if a miserable part comes toward the beginning, even if the average discomfort is the same. To read more from Katherine Hobson, click here.