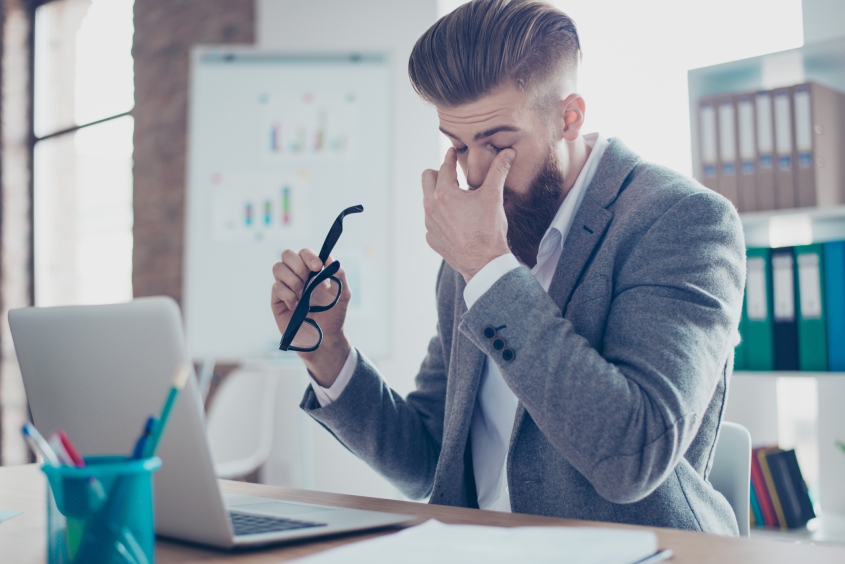 The idea that some of us experience “imposter syndrome” was first mooted in the 1970s by two US clinical psychologists who noticed the preponderance of high-achieving women who felt they had somehow cheated or fluked their way to success and feared being found out. Research on the syndrome has since exploded and it’s become clear that many men also experience similar fraudulent feelings. In fact, in their new exploratory paper in Personality and Individual Differences, a team of US and German researchers claim that, under pressure, imposter syndrome may hit men harder than women, triggering more anxiety and worse performance – a difference they speculate may be due to traditional gender norms that place a greater expectation on men to be competent.

Rebecca Badawy and her colleagues recruited hundreds of female and male undergrads studying communication or business in northeastern USA. They measured their levels of imposter syndrome with an established scale that includes items like “Sometimes I’m afraid others will discover how much knowledge or ability I really lack”.

In one study, the researchers gave the students two sets of five verbal and numerical Graduate Record Exam questions (the GRE is used in the US to select students for graduate programmes). After the first set of questions, the researchers ramped up the pressure for half the students, giving them fake feedback that stated they had answered all of the first five questions incorrectly.

It was similar in a second study in which heightened pressure was placed on half the students by telling them that their results on five Graduate Record Exam questions would be shown to a professor on their course (the researchers called this a “high accountability” situation). In this context, men with higher imposter syndrome scores again showed increased anxiety, reduced effort and a tendency toward worse performance, as compared with others who were told their scores would be shown anonymously to a stranger. In contrast, women with imposter feelings were largely unaffected (in terms of anxiety, effort or performance) by the increased accountability situation.

The increase in anxiety, and reduction in effort, shown by men with imposter feelings could be interpreted as reflecting their fear of being found out, combined with a “self-handicapping” strategy – reducing their effort so that they can use this as an excuse to explain the poor performance that they are anticipating.

“Assuming that traditional gender norms hold, males [with imposter syndrome] may have exhibited stronger negative reactions because they believe that society at large values males who demonstrate high competence and at the same time, do not believe that they can fulfil this standard,” the researchers said.

In contrast, the women with imposter feelings appeared less sensitive to the negative feedback and expectation of review by a professor – if anything, they arguably responded to negative feedback in an adaptive way by increasing their effort. The researchers linked this with the traditional cultural expectation that women should be warm rather than competent. “Being less constrained by gender norm violations and backlash (i.e. they were already expected to perform poorly on competence-based tasks like exam questions), females [with imposter feelings] may have felt freer to attempt to improve their performance (and risk failure) rather than excusing it with lack of time or effort invested,” they said.

It’s hard to know if and how these findings might relate to real-world situations in an academic setting or workplace. Badawy and her team admit their findings are exploratory and may not generalise. In particular, if their explanation based around gender norms is accurate, one can imagine these norms might vary not just across international cultures, but even between different sub-cultures in the same country – depending, for instance, on the specific gender-based attitudes, beliefs and pressures in different occupations.

These issues aside, Badawy and her colleagues suggest their key finding – of particular male vulnerability to imposter syndrome under pressure – may have practical implications for managers. “If managers of organisational specialists observe evidence of imposter syndrome in male workers currently performing at high levels, they may benefit from making attempts to restore those workers’ sense of agency if they are placed under high accountability situations,” they said. They added that mentoring by professors or managers, skills training and stretch assignments could be potential beneficial strategies (find more ways to combat imposter syndrome in this 99U article). However, they warned these will only work “if mentors are trained to down regulate their own gender role expectations”.