How to Identify a Malignant Narcissist 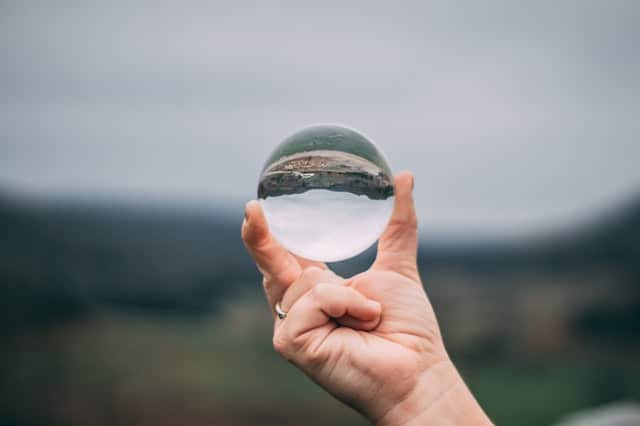 Narcissists are a specific type of person and dealing with them is never easy. That’s why it helps to know when you have one in your life and what to expect from interactions with them. This knowledge, recognition, and understanding can provide you with some clues as to how to deal with them in the safest way possible.

It’s important to note that those with narcissistic traits aren’t necessarily diagnosable with the personality disorder NPD. Personality disorders are stable maladaptive patterns of behavior that involve at least two of the following four areas, according to the American Psychological Association (APA): cognitive (thought patterns), affective (emotional patterns), interpersonal (patterns of relating to others), and impulse-control-based.

Personality disorders create an impairment in how people function in their lives and affect an estimated 10 percent of the population in the US, though there are different types of personality disorders. This means that not everyone who has some of these traits is diagnosable with this personality disorder, but they may have a less severe form of this pattern of behavior that can still be problematic and difficult to deal with.

Among the variants of narcissism, however, malignant narcissists are by far the most damaging. Beyond merely wanting to focus primarily on themselves and be held in overly high regard by virtually everyone in their lives, they tend to have a darker side to their self-absorption. This subset contains the general traits of NPD including the regular egocentricity, but also some antisocial traits and even a sadistic streak in addition to a poor sense of self and lack of empathy. In fact, some experts see little difference between malignant narcissists and psychopaths in that both have a sadistic, antisocial streak, and very little empathy. There is often some paranoia involved with malignant narcissism as well.

Malignant narcissists can be highly manipulative and they don’t care who they hurt as long as they get their own way. They see the world in black-and-white terms, including seeing others as either friend or foe. They seek to win at all costs and generally leave a great amount of pain, frustration, and even heartache in their wake. They generally don’t care about the pain they cause others—or may even enjoy it and experience it as empowering—and will do what it takes to prevent themselves from loss, inconvenience, or failing to get what they want in any situation.

Identifying Narcissists in Your Life

While not every person who displays narcissistic traits is a classic “narcissist” in the sense that they have the diagnosable condition of NPD, even those who fail to meet the criteria for diagnosis can create a lot of harm with the traits they do possess. Further, it’s unethical for a trained therapist to diagnose friends and family with NPD (due to potential bias) and it’s certainly not an official diagnosis for a layperson to view the diagnostic criteria and decide that someone they know has a psychological disorder.

Narcissists generally resist therapy (which can include diagnosis) because they tend to be happy—far happier than those in their lives because they don’t face the negative consequences of their disorder, their unfortunate targets do. Because discomfort is what generally brings people to therapy, narcissists themselves rarely seek treatment or diagnosis, which means that sometimes we can’t have a firm diagnosis for someone who has NPD, but we can recognize that they “probably” have it based on how closely they appear to fit the criteria. It helps to know this because their behavior can sometimes feel unpredictable but actually does follow a somewhat predictable pattern if you know what to look for.

The following is an abbreviated summary of the diagnostic criteria for NPD according to the DSM-V, which is the industry standard for diagnosis of psychological conditions.

A grandiose sense of self-importance
A preoccupation with fantasies of unlimited success, power, brilliance, beauty, or ideal love.
A belief that he or she is “special” and unique and can only be understood by or should associate with similar high-status people and organizations
A need for excessive admiration.
A sense of entitlement or unreasonable expectation of special treatment or extreme loyalty
A tendency to use others for their own needs or wants
A lack of empathy, or unwillingness/inability to recognize and honor the needs and feelings of others
Proneness to envy or having a belief that they are envied by others
A sense of arrogance shown in behaviors and/or attitudes

Again, while a clinical diagnosis can’t be made from observation from friends and family, it helps to know what the criteria are as it can provide an idea of how close someone might be to fitting the profile. A less clinical more simple way to tell if someone in your life may have narcissistic tendencies is to look at signs and symptoms, which are observable traits and behaviors that tend to go hand-in-hand with disorders.

Signs and symptoms of narcissistic personality disorder and the severity of symptoms vary. People with the disorder, particularly malignant narcissists, generally:

Care quite a bit about their appearance and can come across as quite charming
Expect to be recognized as superior even without achievements that warrant it, and will discount any evidence that doesn’t support their belief of their own superiority
Exaggerate their own achievements and talents, even to the point of lying
Are often preoccupied with fantasies about success, power, brilliance, beauty or the perfect mate
Are highly manipulative
Tend to project their bad behavior onto others, meaning they may accuse you of the very behavior they are conducting
Monopolize conversations and belittle or look down on people they perceive as inferior
Aren’t opposed to taking advantage of others to get what they want
Fail to see or value the needs and feelings of others
Have no remorse for hurting others and rarely apologize unless it will benefit them in some way
Insist on having the best of everything and believe that they deserve this
Aren’t able to handle criticism and lash out if they feel slighted in any way
Have a poor sense of self and weak ability to regulate their feelings and actions
Secretly feel insecure and have a week sense of self

How to Deal With a Narcissist

If the description of a narcissist sounds familiar and has you concerned, this is probably a good thing. Knowing that you may be dealing with someone who could hurt you and having some concern for yourself in this situation can help you to protect yourself from the pain that a malignant narcissist can cause, at least to an extent. How does one deal with NPD in a loved one (or in someone they must deal with, like a co-worker)? Fortunately, they are somewhat predictable, so there are a few guidelines that can help.

Accept that they will be difficult to deal with. Put some distance between yourself and them whenever possible. This may be challenging as those with narcissistic traits tend to have poor boundaries and resent when you try to set them, but it is healthier for you.

Know that if you challenge them directly, they will likely retaliate in any way they can. This may include bringing others into the situation and attempting to turn them against you. This doesn’t mean that you agree with whatever the narcissist asks of you, but you may want to find less confrontational ways to communicate your boundaries or disagreements. If you do need to confront the person, try not to do so in front of a large audience or they will want to save face and will feel more threatened, sparking more retaliation.

Do not try to change them and don’t expect them to change or you will be disappointed.
Surround yourself with supportive people as much as possible to absorb some of the negativity you may experience with this person.

Life with a narcissist will never be easy, so it’s simplest if you can put distance between yourself and this person. However, if this person is a family member or co-worker, this can be more difficult. In this case, it helps to know who you are dealing with and how to handle communication in as healthy a way as possible.