How Parents Can Stay Close to Grown-Up Children 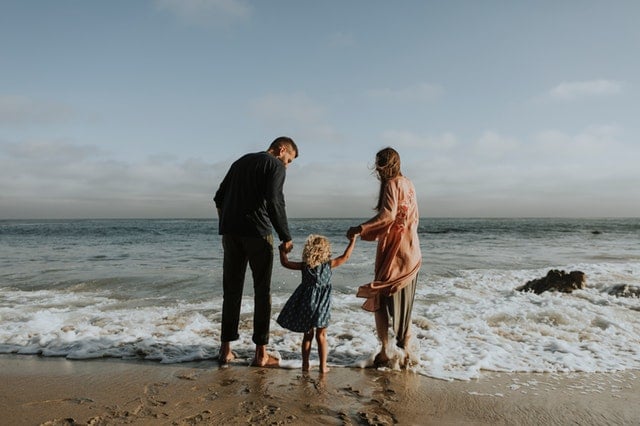 Many parents sending kids off to college worry that their time as a family is over. But that isn’t always the case these days.

The Sugerman family’s trip to Southern Utah this past May involved a treacherous drive. There were hairpin turns; the three adult children needed to move boulders to clear a path for the car. “We were on these roads which were barely roads, climbing up canyon walls,” said Andy Sugerman, of Ann Arbor, Mich. “It was night. The sky was beautiful. Everybody was fully engaged.” The value of shared adversity and overcoming these obstacles together allowed for bonding unlike any other kind of experience, he said.

Many parents sending kids off to college weep over their empty nests, thinking their time as a family is over. And a generation ago, young adults often wanted to get as far away from their parents as possible once they entered adulthood. But that isn’t always the case these days. An increasing number of young adults move back home for summers or after college. And even for those who launch quickly, family vacations present an opportunity for parents to remain close to their adult children.

The trip to Utah was the latest annual family vacation for Mr. Sugerman, his wife, Gayle Rosen, and their three sons, Eli, 25; Alex, 23; and Sam, 19. The family’s first outdoor adventure — a road trip across the West in 2008 — was motivated by the recognition that “as the kids were getting older, the opportunities for time together would be more limited,” Mr. Sugerman said. Since then, the family has explored 28 national parks together.

Ms. Rosen presumed that as the boys grew into young adulthood, they’d lose interest in being with their immediate family and that the trips would stop. But that has not happened.

“The opportunity to go on a cool outdoor trip with my family continued to present itself, and I’ve continued to take it,” said Eli, who lives about four hours away from his parents, in Chicago. “I see no reason why an end would be in sight.”

Ms. Rosen feels fortunate that her children still want to go. “I love being outdoors with them. We all unplug and I get to see the amazing human beings they’ve become,” she said.

A variety of factors are keeping young adults connected to their parents — both geographically and emotionally. Research by Karen Fingerman, a professor of human development and family sciences at the University of Texas at Austin, found that, compared to the mid-20th century, young adults today tend to be less financially stable and are more likely to marry later — keeping them closer to their families — while many more of them live with their parents. She also discovered that technology and accessibility of transportation make it easier to stay close. “The culture is shifting toward increased contact and increased interdependency” between parents and their young adult children, Dr. Fingerman said.

Although you can foster close relationships without spending money, taking a family vacation with young adults is a growing trend, said Rainer Jenss, president and founder of the Family Travel Association, a company that encourages family travel. He points to Backroads, a Berkeley, Calif.-based company focused on upscale active travel for families as an example. Next year, Backroads will introduce a “20s & Beyond” segment dedicated to parents traveling with their children in their 20s and 30s. Tom Hale, the company’s founder and chief executive, said that last year, 6,500 parents and their adult children went on the company’s trips, even though the trips weren’t specifically aimed at this older age group.

Diane Sanford, a relationship psychologist based in St. Louis and author of “Stress Less, Live Better: 5 Simple Steps to Ease Anxiety, Worry, and Self-Criticism,” suggests these trips go better if parents manage their expectations, don’t overschedule and allow everyone to have time to themselves.

Laura Sutherland, who lives in Santa Cruz, Calif., and her husband, Lance Linares, have taken their son, now 30, and daughter, now 32, on 10 trips since they graduated from college. The trips now include their spouses. Ms. Sutherland recommends booking accommodations with private rooms if possible. She assigns everyone responsibility for preparing or treating for a meal — and pitching in with cleanup. “We have clear communication in the beginning that parents shouldn’t be servants,” she said.

If budgets or timing don’t allow for travel, hiking close to home or going out for lunch and a visit to a local museum can work, too. As young adults strike out on their own, there’s a delicate balance that parents need to achieve. It starts with respecting kids’ growing independence in adolescence, said Dr. Ken Ginsburg, co-director of the Center for Parent and Teen Communication at Children’s Hospital of Philadelphia. They should feel comfortable coming to you for advice. By the time they are young adults, it’s no longer a one-way street.

“When you honor the fact that they can guide and support you, you’re developing a relationship that can last for decades,” Dr. Ginsburg said.

Dr. Sanford says if a dispute arises, instead of reacting or getting angry, “pause, take a breath and ask yourself whether it’s more important to get your way or have the opportunity for a good relationship.”

Carl Pickhardt, a counseling psychologist based in Austin, Tex., and author of the blog “Surviving Your Child’s Adolescence” and the book “Who Stole My Child? Parenting Through the Four Stages of Adolescence,” encourages parents of adult children to repeat a few mantras to themselves: I will respect the choices you make and how you face the consequences; I will not criticize or censor your behavior in any way; and I will cheer you on as you engage in life. He said to never provide unsolicited advice, but to request permission, saying something like, “I have some advice I would like to give that would be helpful, but only if that’s something you would like me to do.” Dr. Ginsburg suggests determining if your child wants you to listen or to provide advice, using language like: “I’m so glad that you always feel you can come and talk to me about these things. How can I be the most supportive?”

Dr. Ginsburg emphasized that there are some situations that call for a parent to become involved if the adult child’s safety is at risk, including dangerous depression, significant and substantial drug use or domestic abuse.

As young adults struggle with their identity and their life goals, parents should rest assured that they continue to play a vital role, Dr. Ginsburg said. “You are the person who is going to love them no matter what.”

Whether you take a vacation or just spend time together at a movie or a restaurant, he noted, “Your highest yield time is to just be with each other and enjoy each other.”