Getting a Good Night’s Sleep Without Drugs 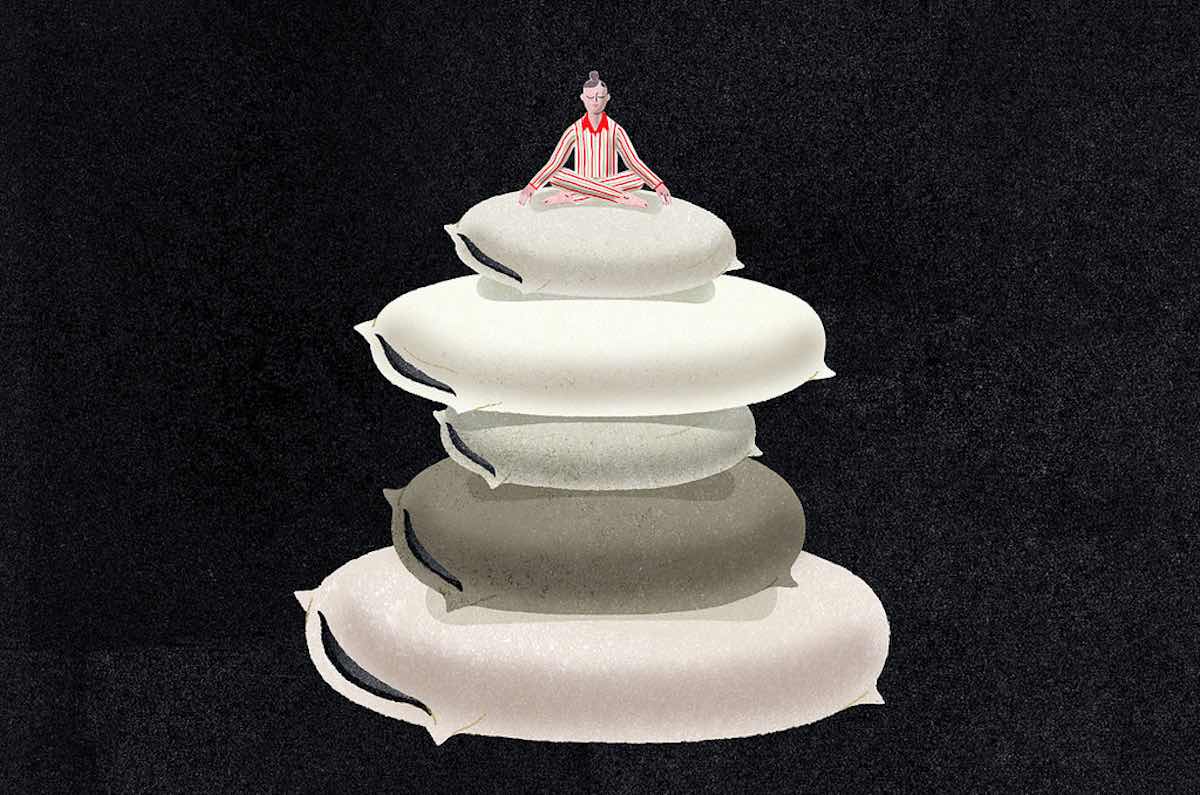 Shakespeare wisely recognized that sleep “knits up the ravell’d sleave of care” and relieves life’s physical and emotional pains. Alas, this “chief nourisher in life’s feast,” as he called it, often eludes millions of people who suffer from insomnia. Desperate to fall asleep or fall back to sleep, many resort to Ambien or another of the so-called “Z drugs” to get elusive shut-eye.

But except for people with short-term sleep-disrupting issues, like post-surgical pain or bereavement, these sedative-hypnotics have a time-limited benefit and can sometimes cause more serious problems than they might prevent. They should not be used for more than four or five weeks.

In April, the Food and Drug Administration added a boxed warning to the prescription insomnia drugs zolpidem (Ambien, Edluar, Intermezzo and Zolpimist), zaleplon (Sonata) and eszopiclone (Lunesta) following reports of injury and death from sleepwalking, sleep-driving and engaging in other hazardous activities while not fully awake.

Last July, a Georgia woman was arrested when she drove the wrong way on a highway the day after using Ambien, as prescribed, to help her sleep. Although she had consumed no alcohol, she flunked a standard sobriety test and told police she was unaware of how she ended up going the wrong way.

Although extreme reactions to these sleep drugs are thought to be uncommon, they are unpredictable and can be disastrous when they occur. Some have resulted in vehicular fatalities.

As many as 20 percent to 30 percent of people in the general population sleep poorly. They may have difficulty falling asleep or staying asleep, some awaken much too early, while others do not feel rested despite spending a full night seemingly asleep in bed. For one person in 10, insomnia is a chronic problem that repeats itself night after night. Little wonder that so many resort to sleeping pills to cope with it.

“Short sleep is not just an irritant. It has real consequences beyond just feeling crummy the next day,” Adam P. Spira, a sleep researcher at Johns Hopkins Bloomberg School of Public Health, told me.

However, Dr. Spira and other experts report that there are better, safer and more long-lasting alternatives than prescription drugs to treat this common problem. The alternatives are especially valuable for older people who metabolize drugs more slowly, are more likely to have treatable underlying causes of their insomnia and are more susceptible to adverse side effects of medications.

In other words, when persistent insomnia is a problem, before your doctor writes a prescription for a sleeping pill, ask whether there are other remedies that may be safer, more effective and longer lasting.

For example, if pain or other symptoms of a medical disorder are keeping you awake, the first step should be treatment of the underlying ailment to minimize its sleep-disrupting effects. I once spent three sleepless nights tortured by intense itchiness until a dermatologist prescribed medication for what turned out to be an invasion of bird mites. More recently, my middle-of-the-night leg cramps have been nearly entirely eliminated by consuming eight ounces of quinine-containing tonic water (actually, diet tonic) every night before bed.

If you can’t handle that amount of liquid close to bedtime, drink it earlier in the evening or perhaps try an herbal remedy that I use when traveling: Hyland’s Leg Cramps, which contains quinine as one of its active ingredients.

Sometimes, the medication given to treat a chronic ailment interferes with the ability to get a good night’s sleep. In that case, the doctor may be able to prescribe a lower dose, substitute a different drug or adjust the timing. But when the symptoms of a chronic ailment itself disrupts sleep, treatment by a specialist, including perhaps an expert in pain management, may be needed to improve your ability to sleep. If persistent emotional problems are what keep you awake, consider consulting a psychologist, psychiatric social worker or psychiatrist before reaching for a sleeping pill.

Cognitive behavioral therapy is now considered the best treatment for insomnia, especially for older adults. It teaches people to challenge disruptive negative thinking and replace it with positive thoughts that counter arousal and induce relaxation. Before going to bed, try using soothing imagery or meditation to reduce cognitive arousal.

The American College of Physicians recommends cognitive behavioral therapy as “the first-line treatment for adults with chronic insomnia.”

It is much safer than drugs and, unlike sleeping pills that work only when taken and shouldn’t be used long-term, cognitive behavioral therapy for insomnia, or CBT-I, teaches effective strategies that continue to work long after the therapy ends.

The physicians’ college suggests that if needed, sleep medication should be used only short-term while learning the techniques of cognitive behavioral therapy for insomnia.

Also helpful is what sleep experts call stimulus-control therapy — limiting bedroom time to sleeping and sex. You learn to associate the bedroom with sleep by avoiding activities incompatible with it. If you spend too much time lying sleepless in bed, your brain starts to link the bedroom with not sleeping. Also avoid going to bed when you’re not sleepy.

If you don’t fall asleep after about 20 minutes in bed, Dr. Kamel and Dr. Gammack recommend getting up, perhaps taking a bath or reading, then returning to bed when you feel sleepy.

If all else fails, sleep-restriction therapy can be effective even after a week or two, especially at eliminating prolonged wakefulness in the middle of the night. It doesn’t restrict sleep itself but limits the time spent not sleeping by restricting time in bed to how long you currently sleep. Go to bed at about the same time every night, set an alarm to get up, and maintain that waking time every day for at least two weeks no matter how much you slept the night before. Finally, gradually extend your time in bed by 15 to 30 minutes, allowing a week between each extension, until you are able to get the amount of restful sleep you need with little or no wakefulness in the middle of the night.