Do All Hipsters Look Alike? 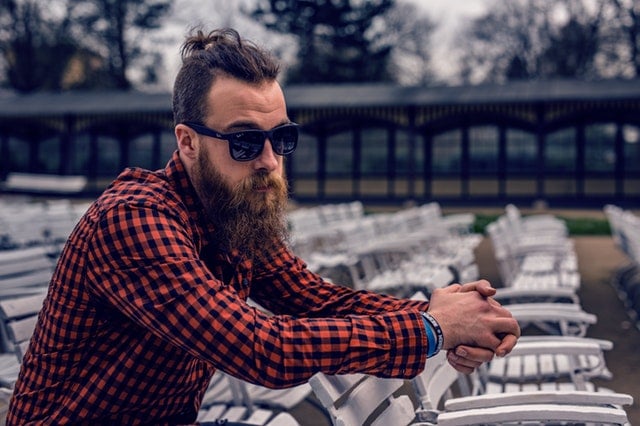 The hipster effect: Why anti-conformists always end up looking the same. Science explains why efforts to reject the mainstream merely result in a new conformity.

You’ve probably seen this effect—perhaps you are a victim of it. You feel alienated from mainstream culture and want to make a statement that you are not part of it. You think about wearing different clothes, experimenting with a new hairstyle, or even trying unconventional makeup and grooming products.

And yet when you finally reveal your new look to the world, it turns out you are not alone—millions of others have made exactly the same choices. Indeed, you all look more or less identical, the exact opposite of the countercultural statement you wanted to achieve.

This is the hipster effect—the counterintuitive phenomenon in which people who oppose mainstream culture all end up looking the same. Similar effects occur among investors and in other areas of the social sciences.

How does this kind of synchronization occur? Is it inevitable in modern society, and are there ways for people to be genuinely different from the masses?

Today we get some answers thanks to the work of Jonathan Touboul at Brandeis University in Massachusetts. Touboul is a mathematician who studies the way the transmission of information through society influences the behavior of people within it. He focuses in particular on a society composed of conformists who copy the majority and anti-conformists, or hipsters, who do the opposite.

And his conclusion is that in a vast range of scenarios, the hipster population always undergoes a kind of phase transition in which members become synchronized with each other in opposing the mainstream. In other words, the hipster effect is the inevitable outcome of the behavior of large numbers of people.

Crucially, Toubol’s model takes into account the time needed for each individual to detect changes in society and to react accordingly. This delay is important. People do not react instantly when a new, highly fashionable pair of shoes becomes available. Instead, the information spreads slowly via fashion websites, word of mouth, and so on. This propagation delay is different for individuals, some of whom may follow fashion blogs religiously while others have no access to them and have to rely on word of mouth.

The question that Touboul investigates is under what circumstances hipsters become synchronized and how this varies as the propagation delay and the proportion of hipsters both change. He does this by creating a computer model that simulates how agents interact when some follow the majority and the rest oppose it.

This simple model generates some fantastically complex behaviors. In general, Touboul says, the population of hipsters initially act randomly but then undergo a phase transition into a synchronized state. He finds that this happens for a wide range of parameters but that the behavior can become extremely complex, depending on the way hipsters interact with conformists.

There are some surprising outcomes, too. When there are equal proportions of hipsters and conformists, the entire population tends to switch randomly between different trends. Why isn’t clear, and Touboul wants to study this in more detail.

It can be objected that the synchronization stems from the simplicity of scenarios offering a binary choice. “For example, if a majority of individuals shave their beard, then most hipsters will want to grow a beard, and if this trend propagates to a majority of the population, it will lead to new, synchronized, switch to shaving,” says Touboul.

It’s easy to imagine a different outcome if there are more choices. If hipsters could grow a mustache, a square beard, or a goatee, for example, then perhaps this diversity of choice would prevent synchronization. But Touboul has found that when his model offers more than two choices, it still produces the synchronization effect.

Nevertheless, he wants to study this further. “We will study in depth this question in a forthcoming paper,” he says.

Hipsters are an easy target for a bit of fun, but the results have much wider applicability. For example, they could be useful for understanding financial systems in which speculators attempt to make money by taking decisions that oppose the majority in a stock exchange.

Indeed, there are many areas in which delays in the propagation of information play an important role: As Touboul puts it: “Beyond the choice of the best suit to wear this winter, this study may have important implications in understanding synchronization of nerve cells, investment strategies in finance, or emergent dynamics in social science.”

By Emerging Technology from the arXiv