Breathing Through the Nose May Offer Unique Brain Benefits 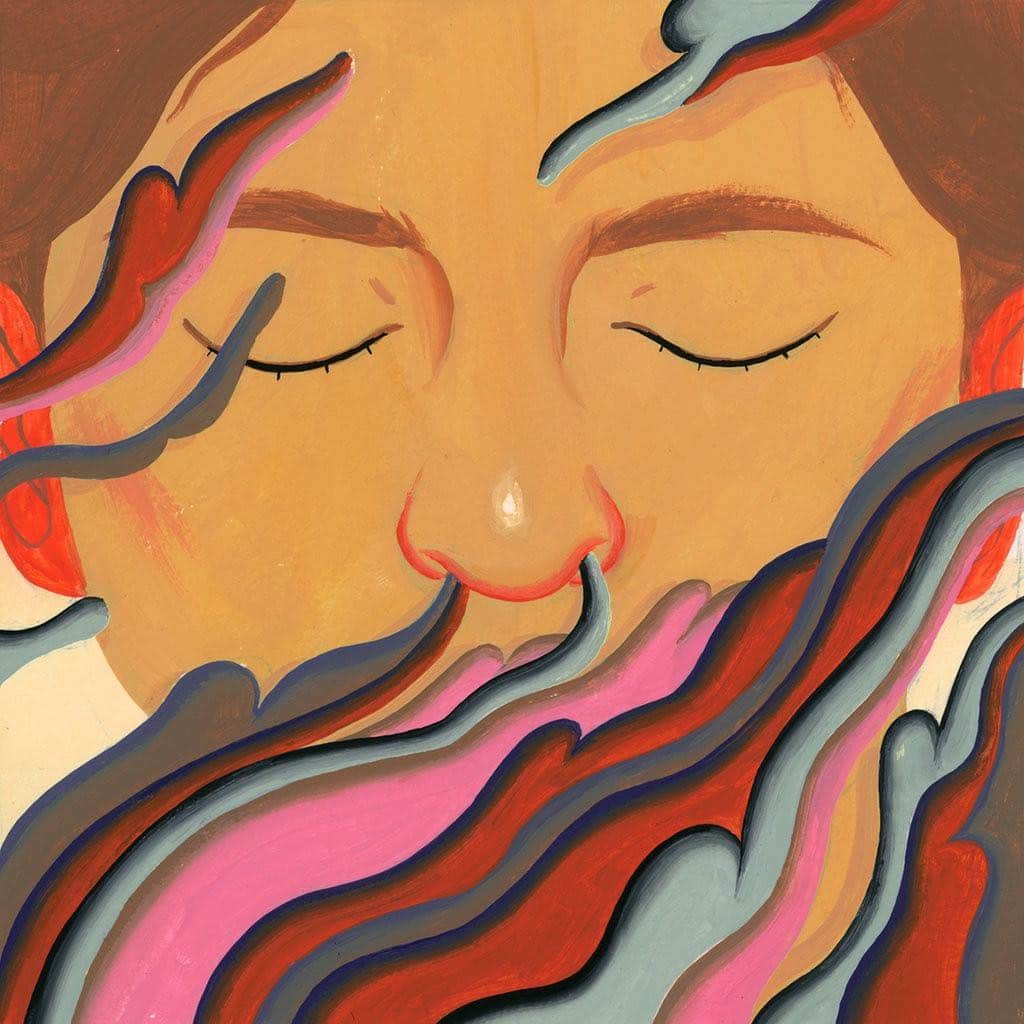 Folklore, spiritual traditions and even mothers have for ages drawn an implicit connection between respiration and state of mind: Breathe in deeply through your nose, we are told, to clarify thoughts, achieve serenity, defuse tantrums. There isn’t a lot of scientific evidence to back up these ideas, but a growing number of experiments have been looking at the influence that breathing has on our cognition. In October, a study in The Journal of Neuroscience considered the relationship between memory and how we breathe.

Recognizing odors is a key survival mechanism for most creatures — including humans, of course. This is why neuroscientists believe the links between thinking and breathing were early evolutionary adaptations. Studies have shown that when rodents sniff, the flow of even odorless air initiates brain activity by stimulating neurons in what’s called the olfactory bulb, which then signal the hippocampus, a part of the brain involved in the creation and storage of memories. For the October study, researchers at the Karolinska Institute in Stockholm, Sweden, and other institutions conducted an experiment to see whether something similar happens to us if we breathe through our mouths.

Two dozen healthy young male and female volunteers inhaled 12 different scents from small vials held to their noses. Some of the smells were familiar, like the essence of orange, while others were obscure. The subjects were told to memorize each scent. They went through this process on two occasions. For one, they sat quietly for an hour immediately after the sniffing, with their noses clipped shut to prevent nasal breathing; on the other, they sat for an hour with tape over their mouths to prevent oral breathing. During each hour, their brains should have been consolidating memories of the smells in the hippocampus, according to the researchers’ hypothesis. After each hour, the volunteers were exposed to repeated scents and new ones, then asked to determine whether an odor had been sniffed earlier.

The men and women were consistently much better at recognizing smells if they breathed through their noses during the quiet hour. Mouth breathing resulted in fuzzier recall and more incorrect answers. As Artin Arshamian, a neuroscientist at the Karolinska Institute and lead author of the study, puts it, “Nasal breathing enhanced memory consolidation.” Presumably, the oral respiration was less effective because it bypassed the olfactory bulb, Arshamian says, and did not jump-start the same neuronal cascade.

Whether nasal, as opposed to mouth, breathing can improve people’s long-term memories unrelated to odors — or otherwise enhance cognition — is still in doubt. “However, I would not be surprised if it did have a similar effect on memory in everyday life,” Arshamian says. He doesn’t think these hypothetical effects would be that big. But, he says, “Given the fact that breathing has been used to change mental states for thousands of years, we still know next to nothing about respiration and brain function in humans.”