At the end of the day, escape, don’t marinate in politics 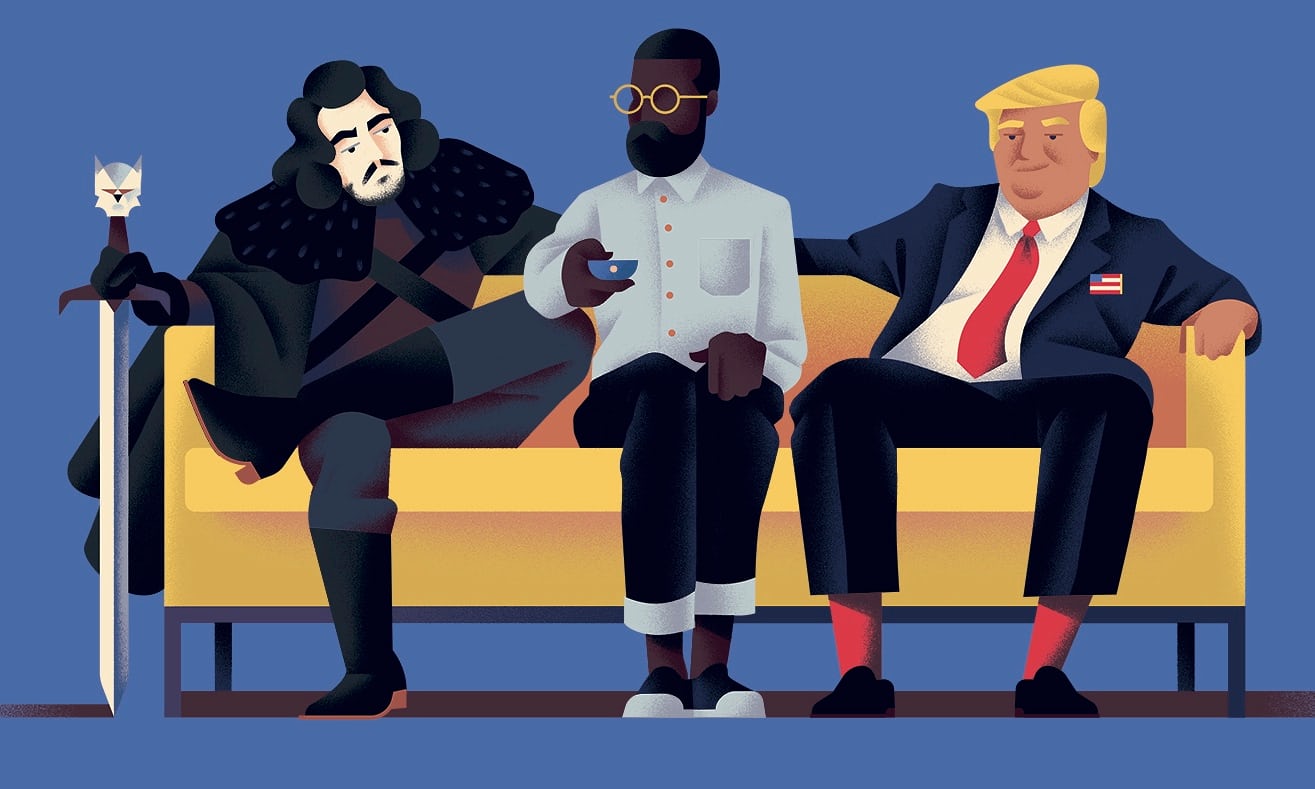 One of the many baffling aspects of this baffling year has been the way people keep recommending cultural products – films, novels, TV shows – on the grounds that they’ve got something to say about “the current climate”. Apparently, after a busy day in a world defined by Trump, Brexit, brutal inequality, misogyny and looming environmental catastrophe, some of you like nothing better than to relax with a glass of wine and run through the whole lot again.

Personally, I’m increasingly desperate for works that have zero resonance with today, which is why I’ve mainly been reading Victorian mystery and detective novels. By all means stage your production of Julius Caesar as a thinly veiled critique of the president, but don’t expect me to attend. I can’t have a single exchange over dinner, or at a coffee shop, without that Coke-slurping quasi-fascist muppet managing to dominate the conversation, so there’s no way I’m spending an evening at the theatre with him as well. I live in the current climate. So forgive me if 10pm finds me in the late 19th century, rereading EW Hornung’s stories of Raffles the gentleman thief.

Escapism gets a bad name in psychology, for the obvious reason that it involves avoiding reality – and reality-avoidance, taken to extremes, is a recipe for a shallow life at best, and some serious disorders at worst. Yet it hardly follows that it’s bad in moderation. Humans, wrote Sigmund Freud, “cannot subsist on the scanty satisfaction which they can extort from reality”. You could go further: it may be that the survival of democracy depends on not everything we watch, read and discuss being about the survival of democracy. “Our social lives are tyrannised by democracy,” argues the philosopher Robert Talisse, and “the tyranny of democracy undermines democracy”. Healthy politics depends on our sharing a big hinterland of culture and other activities that aren’t about politics; otherwise, we come to see our fellow citizens as nothing but representatives of our tribe or the opposing tribe, and can’t collaborate in the way democracy requires. When every movie or novel demands that you pick a side, it erodes the common ground on which constructive politics unfolds.

Besides, at least when you’re engaged in pure, wholehearted escapism, you know you’re doing it. When I’m reading Victorian thrillers, I’m consciously taking a break. By contrast, when I’m gripped by the hour-by-hour soap opera of Russiagate or Brexit on social media, it feels like I’m confronting reality, when arguably I’m practising a covert kind of escapism, ignoring the important stuff for the gossip. In 2018, perhaps we should aim to spend more time escaping and far less marinating in politics, precisely so that when we do engage, we make a difference.

If you’d like to feel high-minded about spending the Christmas break hunkered down watching Mary Poppins and baking shows, please go ahead. Your escapism isn’t merely excusable; you might be helping to save civilisation.

By Oliver Burkeman, for The Guardian