APP THAT TRACKS MOVEMENT TO HELP RELAX, EVEN IN THE BACK OF A CAB 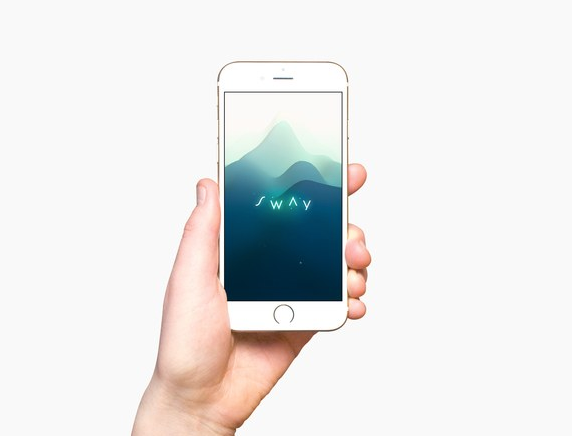 OF ALL THE places to meditate, the backseat of a yellow cab isn’t ideal. And yet, the other day I found myself stuck in traffic feeling tranquil, or at least less agitated than I’d usually be given the circumstances. As the firetruck next to me blared its sirens, I cradled my phone in my hands and swayed back and forth to the sounds of whooshing water and chirping birds.

“Direct your attention to the movement,” the app Sway told me as I unconsciously sped up the rhythm of my languid to-and-fro. “You were going too slow,” it prompted me a few minutes later when I accidentally dozed off. After five minutes of this repetitive motion, a gentle chime sounded, and a notification popped up telling me I had met my meditation goal for the day.

Sway is a new app from interaction designer Peng Cheng and Ustwo’s Malmo studio that uses the phone’s sensors to guide people through meditation practice. Nearly two years ago, Cheng and Ustwo built Pause, another mindfulness app, in which you use your finger to follow the path of a floating blob of pigment as it moves around your phone’s screen. Sway, which is now available in the App Store for $2.99, is their second release, and its end goal is similar to Pause’s. “The problem we’re trying to solve is an important one,” says Marcus Woxneryd, head of Ustwo Malmo. “How can we help people destress, refocus and recharge anywhere, anytime as part of their normal lives?” To read more from ELIZABETH STINSON, click here.