Am I the worst for looking at other people’s texts on the subway? 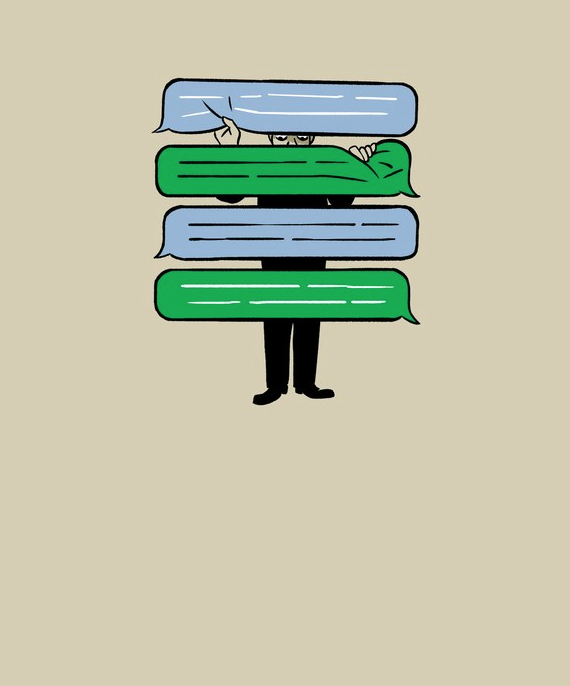 Imagine being eaten by a cave bear. Or a saber-toothed cat. Imagine, with that first gash of claw or incisor, instantaneously transitioning from being a person to being food. Imagine what it feels like, the first, dangling bits of you being ripped apart, ground up and ingested, while the rest of you watches.

Very unpleasant stuff. And yet for much of human history we lived acutely under such a threat. Just think how hard it must have been to relax! If prehistoric humans were anything like modern animals, one way they fended off predators was by vigilantly monitoring the creatures around them for signs of danger, in case they saw the terror coming a split-second sooner.

There were subtler benefits to watching other people too—particularly when they didn’t expect us to be watching. Keeping tabs on private behavior helped enforce social norms; food hoarding or sexual transgressions could be exposed and censured. In short, spying helped us thrive, and so we became exceptionally good at it, innovating like crazy. (Apparently, the Mehinaku tribe in Central Brazil can tell who had sex with whom by identifying the footprints that accompany butt-cheek imprints in the sand.) We became, as one psychologist has put it, a species of “informavores”—a surreptitiously symbiotic race of hyper-­obtrusives, sucking up information about one another. Our business has always been getting up in each other’s business. To read more from JON MOOALLEM, click here.